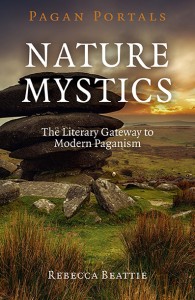 This little book is a joy to read, delving into the lives and works of some well-known, and many lesser-known, British and Irish literary figures in search of the origins of contemporary Paganisms. The writers, five men and five women, are selected because the philosophies that underpin their writings place them all in the category of Nature Mystics, defined by the author as “someone who has mystical experiences in nature, or connects to the divine through nature, and uses that connection as fuel for inspiration.” The familiar writers are John Keats, Thomas Hardy, D. H. Lawrence, W. B. Yeats, J. R. R. Tolkien and E. Nesbit. The less familiar are Mary Webb, Sylvia Townsend Warner, Elizabeth von Arnim and Mary Butts. 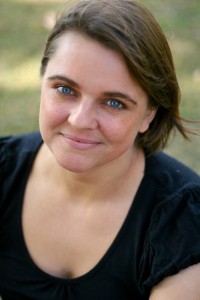 Rebecca Beattie (left) writes with admirable clarity about her chosen authors, her format being first to give a brief overview of them, followed by an account of their lives, their spirituality, and then their writings, quoting passages to show how their spirituality is expressed in their work. Within this format she offers many, often surprising, insights into both the authors and their works.
The only writers about whose lives I knew much were Yeats and Tolkien, plus a little about D. H. Lawrence, so it was a pleasure to learn more about the others. About the life of Sylvia Townsend Warner (below), whose work I have admired for many years, I knew nothing. It turns out to have been every bit as unusual as her published work. In her youth, she was a member of the 'Bright Young Things,' the 1920s equivalent of the 'Swinging London' scene of the 1960s and just as interested in drugs, sex and parties. At 19, she began a lengthy affair with a much older, married man. At 34, she fell in love with another woman, a transvestite poet called Valentine Ackland, and they set up home in rural Dorset, living together as though married for nearly forty years. 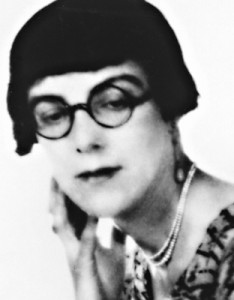 Her first novel was Lolly Willowes, published in 1926, in which the eponymous heroine moves to a country cottage and joins the village's coven of witches, going out with them once a month to dance with the devil. Lolly, however, finds that she fits in with this rustic coven just as poorly as she fitted in with the well-to-do county set of her youth. Telling the devil she finds the coven boring, our heroine walks off into the night. In Nature Mystics, we learn that Warner's account of the coven was inspired by Margaret Murray's book, The Witch Cult in Western Europe, and that Warner sought Murray out, got to know her, and expressed a wish to “join her coven.” 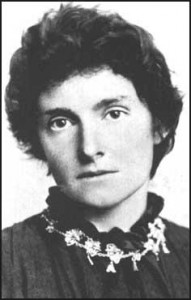 Numerous other biographical details prove equally illuminating. Who knew, for example, that Edith Nesbit(left), beloved author The Railway Children, Five Children and It, and other childhood classics, was also a member of Britain's most famous magical society, the Hermetic Order of the Golden Dawn? I certainly didn't. Nor did I realise that some of her lesser-known children's books contain plots and passages clearly influenced by her knowledge and practice of ceremonial magic with Golden Dawn colleagues that included W. B. Yeats, another of the featured writers.
It is a credit to Rebecca Beattie's own gifts as writer that, as I read her accounts of these literary figures, I often found myself thinking, “Hmm, I must look out for a copy of ...” whichever of their books she happened to be discussing at the time. Two examples are Mary Webb's Precious Bane (1924) and her husband, Henry's, The Silences of the Moon (1911). Beattie has also inspired me to go back and read Sylvia Townsend Warner again. I first discovered Warner's work through a collection of short stories entitled Kingdoms of Elfin, in which her funny, charming, magical, often anarchic tales rescue the Faery Folk from their twee, butterfly-winged Victorian portrayal and return them to their origins as shape-shifting illusionists, scary pranksters or courtly nobles.
I wholeheartedly recommend this book to anyone interested in the literary background to modern Paganisms, or simply interested in learning more about the lives, loves, longings and spiritual insights of a wide range of great English writers.
Greywolf (Philip Shallcrass)
August 31st, 2015